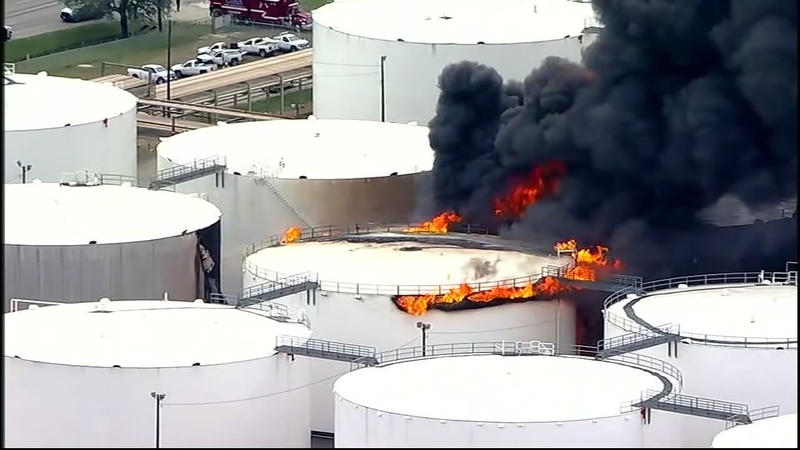 DEER PARK, Texas (KTRK) -- A new lawsuit claims hundreds of urine samples from Deer Park residents were contaminated after the ITC tank farm fire, and therefore are unable to be tested for the presence of dangerous chemicals.

The lawsuit, filed against LabCorp by two Deer Park residents, claims 80 percent of roughly 500 samples were contaminated during transport.

The plaintiffs had visited a clinic after feeling symptomsand being concerned about chemical exposure.

LabCorp told ABC13 that about 60 samples collected in Deer Park leaked during transit and could not be tested.

The company's vice president of corporate communications, Donald Von Hagen, released this statement to ABC13:
LabCorp can confirm that approximately 60 urine samples that were collected in Deer Park, Texas, on March 29, 2019, leaked while in transit to the LabCorp testing facility and could not be tested. We notified the facility that collected and submitted the specimens when we determined that the samples could not be tested. LabCorp takes the handling of every specimen very seriously, and we continue to investigate this matter. We do not have further information to provide at this time.

On Thursday, a judge granted a temporary restraining order to preserve the cross contaminated urine samples.

"LabCorp is holding the position that some sort of cabin pressure, while they were being shipped to the Minnesota testing facility, is what caused one or multiple samples to be released into bags and cross contaminate all the samples, and thus destroying them," lawyer Bill Ogden said.

In a statement sent to ABC13, LabCorp says they take the situation seriously and are conducting their own investigation.

But many residents are confused as to why this incident happened.