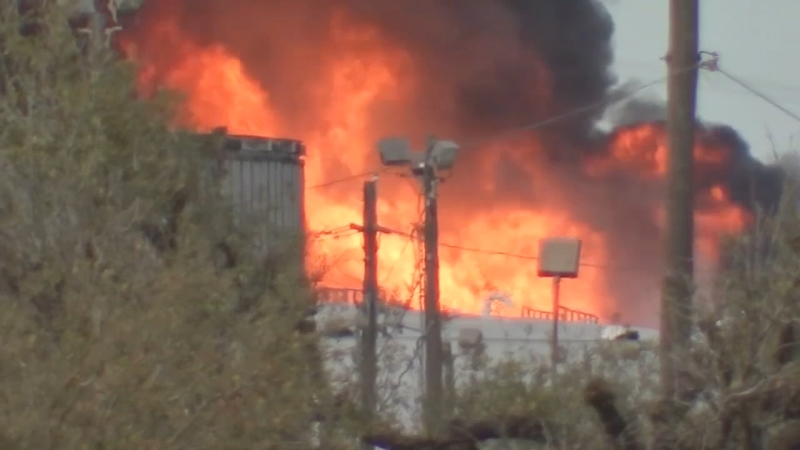 HOUSTON, Texas (KTRK) -- It has been 22 months since the days-long inferno at the ITC Deer Park facility that burned tanks holding gasoline components and drove away nearby residents.

Since the March 2019 disaster, Harris County leaders have kept a close eye on the overall environmental impacts that came from those memorable days.

Those officials informed residents on what has happened to the air and water quality from that incident, as well as the actions they've put into place to protect the area since then.

Who can ever forget the ITC Deer Park fire from 2019 and last year's Watson Grinding blast? Harris County revealed a welcomed grant to help the area protect against the harmful waste left behind by the fire.

"Clean air, water and a clean environment are human rights. And we will act and are acting accordingly to protect that right," Hidalgo said.

There are different reasons to why the ITC Fire is one of the most memorable disasters in recent Houston-area history.

Aside from the air quality impact, images taken from that week served as a reminder of the fire lasting longer than most thought.

Sparking on the afternoon of March 17, 2019, the inferno spread to seven tanks, and fire officials expected the flames to burn off two days after it began. It took three days for the fire to be completely out.

In the immediate aftermath, the Environmental Protection Agency said no hazardous levels were detected in air or water samples, with the latter concerning runoff that seeped into the Houston Ship Channel.

Earlier this month, locals said there were intentional flares set at ITC.

"That shakes this house. It rattles my windows. It sounds like a jet is starting up in your backyard. The whole sky lights up and you don't know what's happening," Pasadena resident Heather Walls said.

VIDEO: Timeline tells what happened during the ITC fire and the immediate aftermath

How the ITC fire has unfolded so far

But four days after the disaster, nearby cities of Deer Park and Galena Park issued shelter-in-place orders after high levels of benzene were found.

On March 22, three tanks on the ITC facility reignited but were quickly contained.

ITC officials said the first tank that caught fire contained NAPHTHA. The fire then spread to a second tank containing XYLENE. Both are gasoline components.

SEE MORE: What we know about the chemicals that burned in the tanks at the ITC plant in Deer Park
EMBED More News Videos

In December 2019, the Harris County Fire Marshal's Office officially ruled the cause of the fire as an accident.

"I'll be honest. You don't always know if you can trust the officials, but it is what it is. If they say they're working on it, hopefully that's what they're doing," Miles said.