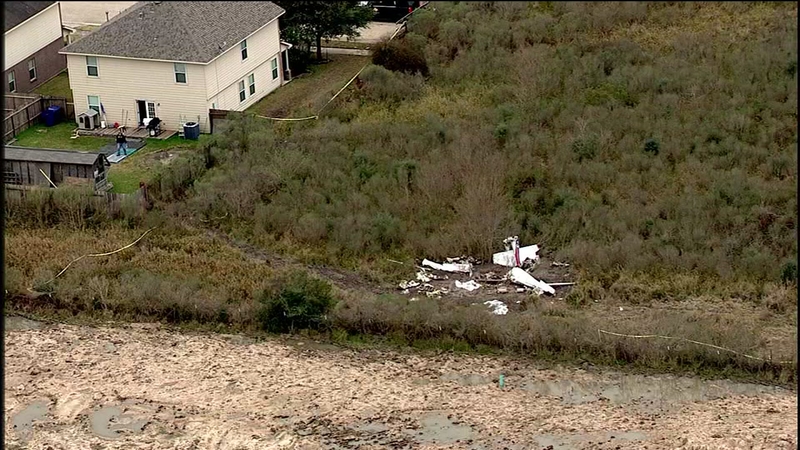 HOUSTON, Texas (KTRK) -- Authorities identified the person who died in a small plane crash near Katy as a 69-year-old man.

DPS said Calbert James Waller died when the single-engine Mooney M20 that he was in crashed nose first in a wooded area. The plane was found after 4:15 p.m. in the 22000 block of Westerpine Lane. It barely missed dozens of houses.

Authorities believe the pilot was the only one on board. The plane was registered in Minnesota.

"We know that there are no survivors," said DPS Sgt. Richard Standifer. "The damage is from the prop to the wing. The whole front fuselage is in the ground."

Officials believe the plane first clipped a power line, which caused power to go out in much of the Westfield Village neighborhood.

According to FAA spokeswoman Lynn Lunsford, air traffic controllers lost radar and radio contact with the plane and notified authorities to start searching around the same time the crash was being reported.

FAA investigators have been dispatched to the site. The National Transportation Safety Board will lead the investigation into the cause.

Plane crash update: unknown number of occupants, unknown if anyone survived the crash. @HCSOTexas is setting a perimeter. @TxDPSSoutheast is on the scene and @FAANews is enroute. #HouNews