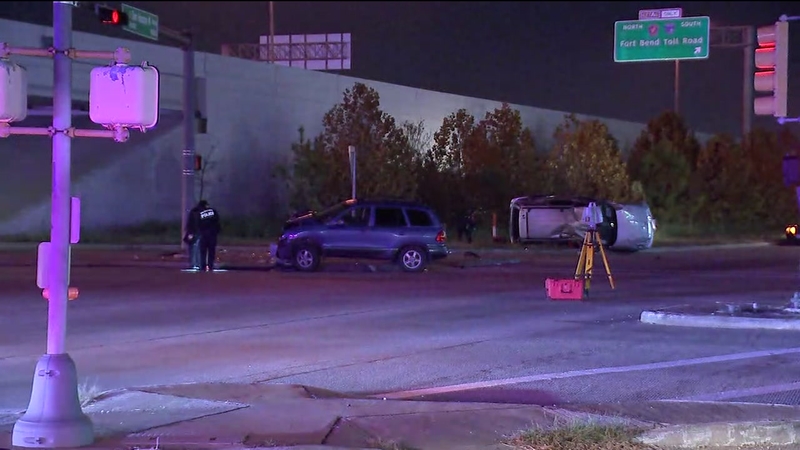 Deadly accident on Beltway 8 at Fondren

HOUSTON, Texas (KTRK) -- Police say a 45-year-old man died at the scene of an early morning crash along the Beltway at Fondren in southwest Houston.

Police say the driver of a blue Hyundai Santa Fe was eastbound on the service road when the victim, driving a gray Dodge Durango, ran the red light while traveling northbound on Fondren Road.

The driver of the Hyundai struck the Dodge, causing it to overturn. The Dodge's driver died at the scene. The Hyundai's driver was not injured and showed no signs of intoxication.

There are no charges in this incident, as the investigation is continuing.

VCD officers are investigating a fatal accident at BW8 and Fondren. Two car accident male deceased at the scene. E/B service road will be closed at Fondren. Avoid the area. 202 pic.twitter.com/ZY25ToT8Al

Do you hate Houston traffic as much as we do? Join the club!
Report a correction or typo
Related topics:
houstoncar accidentfatal crashaccident
Copyright © 2021 KTRK-TV. All Rights Reserved.
More Videos
From CNN Newsource affiliates
TOP STORIES