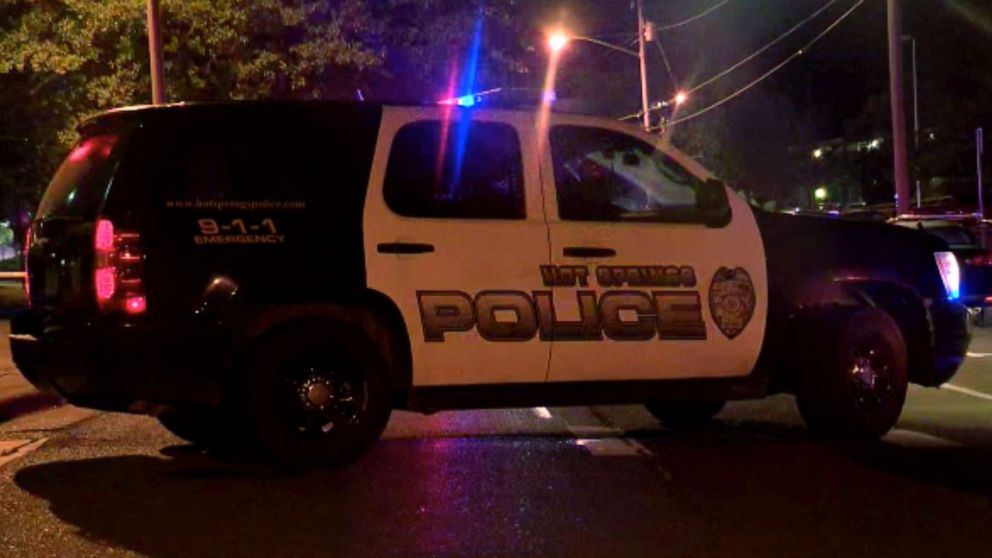 Police in Hot Springs, Arkansas, said they arrested a man after a shooting left one person dead and three others injured following a high school graduation.

The three injured were transported to local hospitals to be treated and suffered non-life threatening injuries, according to the Hot Springs Police Department.

Police say the shooting occurred after a large fight broke out in a parking lot across from a convention center where the ceremony was being held for Hot Springs World Class High School on Thursday night.

"During the fight, HSPD officers and Garland County deputies were on scene attempting to defuse the situation when a single gunman began shooting into the crowd. Officers of the HSPD returned fire on the suspect, later identified as Charles Johnson," Officer Omar Cervantes, a spokesperson for the HSPD, told ABC News in a statement on Friday.

Johnson, 25, was wounded, but able to flee the scene, Cervantes said. He was later arrested while getting treatment for his wounds at a local hospital, he said. Johnson has been charged with one count of murder in the first degree and three counts of battery.

Arkansas State Police are investigating the officer-involved shooting and the officers involved have been placed on administrative leave with pay until the investigation is complete, Cervantes said.

Dr. Stephanie Nehus, the superintendent of the Hot Springs school district, acknowledged the incident in a Facebook update on Friday saying school counselors and staff will be working with students who witnessed events.

"We are heartbroken that these violent events took place following such a beautiful celebration for our graduates and their families. Our Law Enforcement Officers and staff will continue to do all that we can to collaborate with local law enforcement agencies/officials to complete an investigation," Nehus said.

No current students or graduates were involved in the incident, Nehus said in an earlier post. "Our hearts and thoughts are with all individuals who suffered injuries tonight," she said.