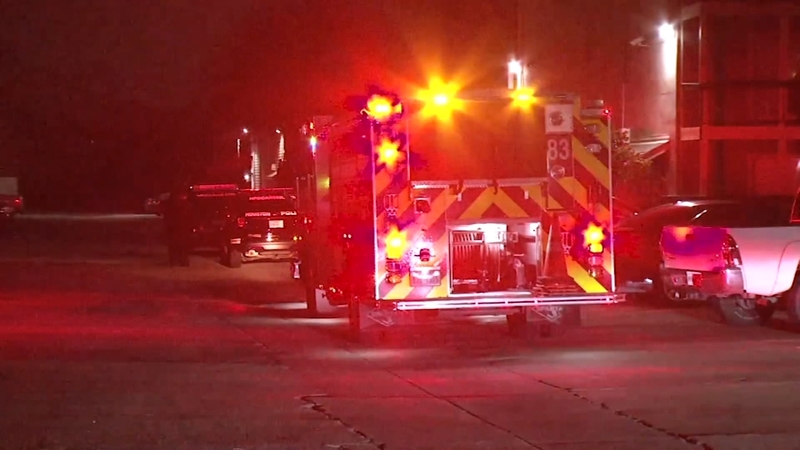 HOUSTON, Texas (KTRK) -- One person died and two others were injured in a shooting at an apartment complex early Thursday.

It happened around 12:10 a.m. at an apartment complex in the 10900 block of Meadowglen in the Westchase area. The victims were in the complex's parking lot when a pair of men in a vehicle pulled up and opened fire, authorities said.

TRIPLE SHOOTING: A bullet hole came within inches of hitting someone’s front door after a triple shooting in SW Houston left one dead and two injured. A scared neighbor says one of the men fell up against her door. Says it sounded like fireworks. pic.twitter.com/nC2L5vBx9h

While it wasn't known how many shots were fired, at least 39 casings were found at the scene, police said.

The injured men were taken to Ben Taub hospital and were listed in critical condition.

MORE: Two surviving victims were shot in shoulder & lower abdomen. Unclear what caused this. No firm description on suspect car yet.

Police are looking for two men they believe are the suspected shooter and the getaway driver who may also have fired shots. They left the apartment complex in a dark colored sedan driving without headlights northbound toward Westheimer.