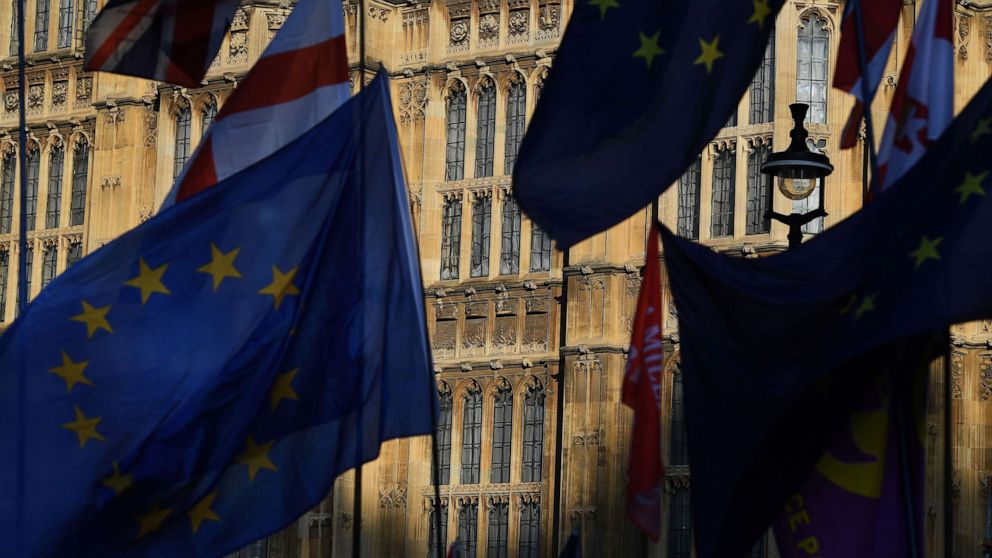 A proposed deal that could lead to the United Kingdom leaving the European Union (EU) passed a critical vote in Parliament on Tuesday, but was followed by another vote that failed, suggesting it might not meet the required deadline for Brexit to happen.

The first vote Tuesday evening was on the Withdrawal Agreement Bill and there were 329 members who voted in favor of the bill, with 299 against.

Debates on the deal started earlier Tuesday after the deal was first published Monday. The lengthy document details a package of laws required to be put in place to help allow the U.K.'s retreat from the EU to happen.

The agreement is upwards of 110 pages long and details the deal reached between the EU and British Prime Minister Boris Johnson last week.

The second vote that was held Tuesday night was related to the timeline of the further passage of the bill, and that vote failed, meaning that some of the members who voted in favor of the bill voted against the proposed three days they were being given to evaluate and amend the bill.

The second vote failed by a margin of 308 to 322. Those who voted against the timetable complained that the three-day timetable would not be long enough to evaluate such a complicated and lengthy bill.

The move comes as Johnson and his supporters, who are in favor of Brexit, push to take action before an Oct. 31 deadline.

Johnson said Tuesday he is going to pause the legislative process in the wake of the timetable vote failing. As a result, the bill is effectively frozen for the time being.

The battle over Brexit has been raging on for years at this point, with various deals being voted down at the hands of both former Prime Minister Theresa May and current Prime Minister Johnson.
Report a correction or typo
Related topics:
abc newsnational
Copyright © 2020 ABC News Internet Ventures.
More Videos
From CNN Newsource affiliates
TOP STORIES